21 Ways to Say Hello in Japanese

Are you newly living or working in Japan and looking for ways to greet friends, acquaintances or strangers? This handy guide to saying ‘hello’ in Japanese will allow you to navigate any social occasion with a friendly and suitable greeting, whether it be formal, friendly or flirty!

Unlike in English, greetings in Japan differ from situation to situation, and a simple ‘hello’ may seem out of place at certain times. This is usually dependent on if the person you’re speaking to is close to you or, conversely, not familiar to you.

In Japan, greetings are considered to be important, and getting yours wrong may lead to social misunderstandings. As unintended as these may be, it pays to master saying hello in the Japanese language.

So without further ado, here are 21 ways to greet people in Japan:

How do you say ‘hello’ in Japanese?

First up on our list of Japanese greetings is perhaps the most internationally well-known: こんにちは, or ‘Konnichiwa’. However, despite it being the first thing you might think of when saying hello in Japan, it’s actually used relatively little among Japanese speakers.

It tends only to be used in more professional situations, so using it with a friend, for example, would not be suitable. It’s also not the most formal way of greeting someone (more on that later). ‘Konnichiwa’ also means ‘Good Afternoon’ in English, so you would only ever use it in the afternoon.

When speaking among friends or in a more informal setting, there are a number of potential greetings you can use. One is やあ, or ‘Yaa’. This is the equivalent of saying ‘hi’, and is commonly said alongside a person’s name, in order to grab their attention.

However, you can simply use ‘Yaa’ on its own if you are not familiar with the person’s name, although in this situation it may be appropriate to use a formal greeting.

If you happen to be greeting someone in the morning, using おはようございます, or ‘good morning’, may be the greeting for you. The key with this phrase is to use both words when you are speaking to someone you don’t know, or in a formal setting.

If you are meeting someone close, or just hanging out with someone informally, it’s common to drop the ‘gozaimasu’ part of the phrase and simply say ‘Ohayō’. However, as many with the greetings on this list, it’s worth playing it safe until you gain some more contextual understanding.

Just like in English, the translation for ‘hey’ in Japanese is always used in a more informal way. However, there are some key differences with the English version.

For one, おす, or ‘Osu’, is masculine and so is only generally used by men when speaking to their friends. Women or non-friends often tend not to choose this greeting. It’s also only really said when you have already got the attention of your conversation subject, so you would not begin your conversation like this.

ヤッホ, or ‘Yahoo’, is yet another way of saying hello in Japanese. Translating to ‘yoohoo’ or ‘hiya’, it is often used by young people to greet each other informally.

If you haven’t someone for an extended period of time and you’d like a greeting to reflect that fact, you can use the Japanese translation for ‘long time no see’. This greeting can be used with anyone, regardless of formality or social context, although it’s less common in informal settings.

‘It’s been a while’ in Japanese: 久しぶり – Hisashiburi

You may have noticed the similarities with this greeting from the one above. That is because 久しぶり, or ‘hisashiburi’, is simply a shortened way of saying ‘long time no see’. Used informally in the main, it translates roughly as ‘it’s been a while’.

It goes without saying that when using こんばん, or ‘Konbanwa’, which means ‘good evening’ in English, you would this phrase in the evening. However, it’s worth noting that this is a more formal greeting and would not usually be heard amongst friends or close acquaintances.

There are numerous ways to say ‘Yo’ in Japanese, but the easiest one to remember is the direct translation to english: よ, which means exactly the same as English.

However, just like some of the other greetings on this list, this greeting is masculine, which means it is rarely used by women or by people not acquainted with each other. However, there are certain situations where this would occur, for example if you are trying to express yourself in a particularly exclamatory way. 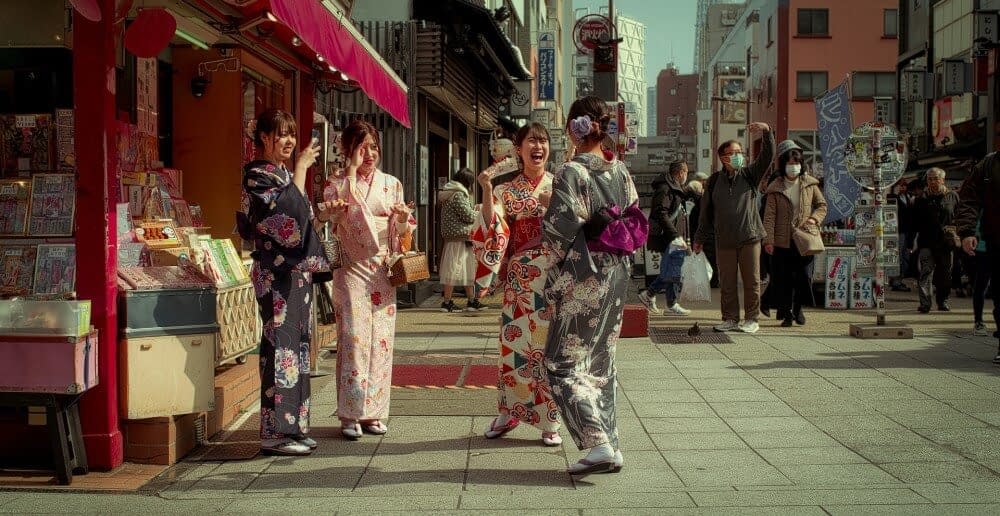 ‘Nice to meet you’ in Japanese: はじめまして- Hajimemashite

Usually said when meeting someone for the first time, はじめまして, or ‘Hajmemasmashite’, translates roughly to ‘nice to meet you’ in English, although it has a deeper meaning depending on other contexts. A common way to employ this phrase would be to say the person’s name after first saying the greeting.

Fancy something a bit more situational with your Japanese greeting? Why not try saying いい天気ですね, or ‘li tenki densu ne’, which will allow you to make reference to the weather. Knowing Japan’s changeable climate, it’s something that you may be using regularly!

How do you say ‘how are you’ in Japanese?

As a measure of politeness, it’s always nice to ask people how they are. To say ‘how are you’ in Japanese, you’ll want to use お元気ですか。 , or ‘O-genki desu ka’. This is usually used primarily in situations erring towards formality. In English, this phrase also roughly translates to ‘are you in good shape?’.

In a similar vein, どうよ, or ‘dou yo’, is the phrase for ‘How’s it going?’ in Japanese. This is a more informal greeting, and is typically only said among friends, particularly when speaking on the phone.

‘What’s up?’ is a very informal way of greeting in English, and it’s no different in Japanese. 最近どう, or ‘saikin dō’ is how you say ‘what’s up?’ in Japanese, and you’d only use this in a very casual way when speaking to someone close.

However, if you wish to use this phrase in a formal setting, it is possible to add ‘desu ka’ to the end, which would make it suitable to use with someone you don’t know so well.

Like many words in Japanese, どうも, or ‘doumo’, has a variety of different meanings. However, it is suitable for use as a ‘hello’ in Japanese, and translates to ‘how do you do?’. It’s relatively formal so you may choose to greet your boss or colleague with this phrase.

‘How have you been?’ in Japanese: いかがお過ごしですか – Ikaga o sugoshi desu ka

Lastly on our list of ways to say ‘how are you’ in Japanese is the greeting いかがお過ごしですか , or ‘ikaga o sugoshi desu ka’. This is a very formal greeting and is mostly used in written rather than verbal Japanese (particularly for emails). However, on these occasions it is another acceptable way to say hello. 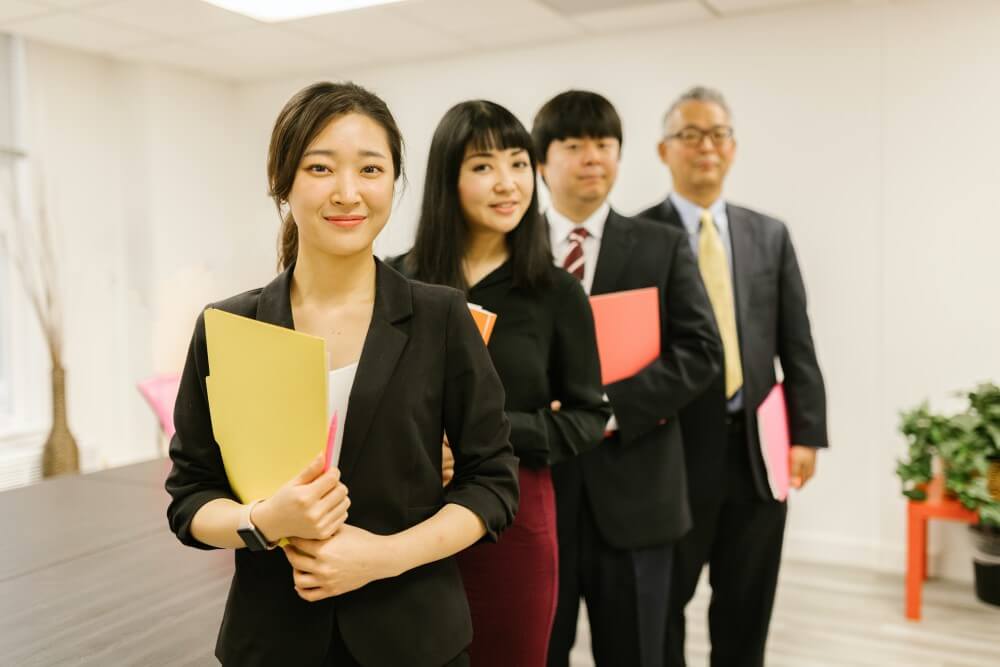 ‘Hello’ (on the phone) in Japanese: こんにちは – Moshi Moshi

こんにちは, or ‘moshi moshi’, is unique on this list as it’s pretty much only used when speaking to someone on the phone. This can be done both when receiving or sending the call, but it’s quite rare to hear this in day-to-day life.

Just like the greeting above, いらっしゃいませ, or ‘irasshaimase’, is only really used in one type of setting: when people are welcoming you into their business. Although you may never have to use this yourself, you may hear it often when going into restaurants, shops, or other places where people are serving you.

‘I’m back’ in Japanese: ただいま – Tadaima

If you are coming home from the day’s adventures and would like to announce your return to your acquaintances, ただいま, or ‘tadaima’, is the way to go. You’ll usually be greeted back with お帰り, or ‘Okaeri’, which means ‘welcome back’.

Lastly, perhaps the easiest greeting to grasp of all, ハロ, or ‘haroo’, is simply the word Japanese people, usually children, have adapted from the English word ‘hello’. So don’t be surprised if you get a few friendly ‘haroo’s shouted your way during your time in Japan.

The Last Word on Saying Hello in Japanese

We hope you have enjoyed this comprehensive guide to saying hello in Japanese. Once you’ve mastered these phrases, read more about the cultural nuances you’ll understand before your trip here.

Get in touch with us today for more help on Japanese social customs, careers and more.