Love is one of the most potent emotions anyone can feel, and during your time in Japan you may be lucky enough to be in a position to express your love for someone. If this is the case, you want to be able to show your feelings in the most appropriate way possible.

That being said, it still pays to master the art of many different ways of verbally expressing your love. So, without further ado, here are 21+ ways to say ‘I love you’ in Japanese:

How do you say ‘I love you’ in Japanese?

One of the most common ways to say ‘I love you’ in Japanese is with the term ai shiteru (aye-shee-teh-ru). It employs the character (ai), which denotes a passionate form of love.

Roughly translating in English to “I love you so deeply”,  this phrase is often only used when the person is definitely sure of their feelings. So, in many cases, local people will only use this phrase sparingly.

Aishiteru is often used alongside a goodbye or a closing greeting, much in the same way as you may say ‘I love you’ when ending a conversation in English.

Of all the different ways to say ‘I love you’ in Japanese, Ai shiteimasu is perhaps the most formal. It is simply a more formal way of Aishiteru, which in itself is not used all that often.

A common usage of Ai shiteimasu is at weddings, when the bride and groom to be are exchanging vows and expressing their devotion. It is most likely not a phrase you would be using unless you are either married or in a very committed relationship.

You may not be surprised to learn that saying Sekai No Dare Yorimo Aishite Ir, or in English: ‘I love you more than anyone else in the world’, is not something you would use as a way of expressing love unless you were 100% certain about your feelings.

That’s not to say, of course, that if you don’t find that special someone, you shouldn’t use this phrase to say you love someone the most. However, in many cases this is mainly used more informally for things other than people – so keep an ear out when exploring the different aspects of Japan’s culture.

Suki Yanen is another fantastic way to say ‘I love you’ in Japanese. The difference between this phrase and those which we have mentioned so far is that this is more informal and slangy. In English, a good translation may be ‘I love ya’ or something similar.

Perhaps, this may be used when you have a romantic interest and you want to express your interest verbally but do not want to come on too strong. Keep in mind, though, that Suki Yanen is the name of a popular noodle brand in Japan, so if it comes up in conversation at the dinner table, don’t be too shocked!

Another great way of saying ‘I love you’ in Japanese is Koishii desu, which roughly translates to ‘I yearn for you’. As the translation would suggest, this is very romantic and would typically be used in a serious relationship.

Sugoku ai shiteru is another lovely term for expressing love for someone, it translates to ‘I love you so much.’ This is also very romantic and would need to be used romantically and often when in a relationship. 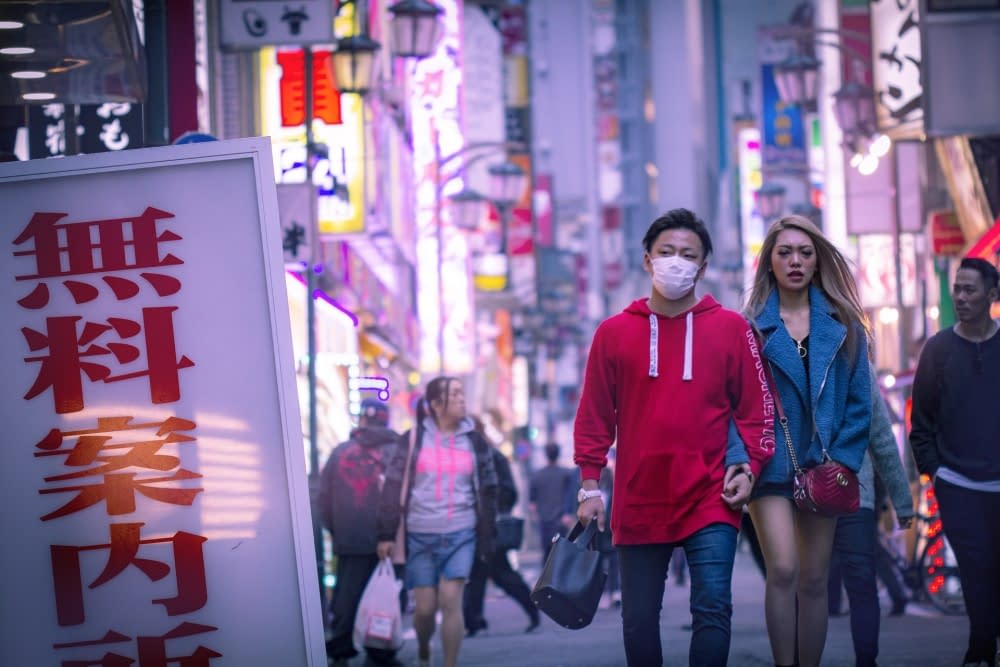 How do you say ‘I like you’ in Japanese?

One of the widely known translations for saying ‘I like you’ in Japanese is Suki Da (愛してる). Although this does not necessarily mean that you are in love with a person, it does imply that you are interested in a date-type situation.

This phrase is most commonly used when you have got to the stage of comfortability where you can express your romantic interest. Try not to use this phrase too early on in a relationship or you may risk scaring the other person off.

Suki Yo in Japanese is very similar to Suki Da, however, it is feminine and as such is mainly used colloquially by girls.

Likewise, Suki Dayo in Japanese also means ‘I like you’, but in this case it is masculine and as such is mainly used casually by boys.

Again, if you think Daisuki is similar to those above, that’s because it is! Both sentences are various similar, but there are differences. Daisuki includes the kanji, which means “large”. So, an English translation could be ‘big love’, or ‘lots of love’.

Like most phrases on this list, however, it is heavily based on context and not something you should throw around.

So, in many ways, Daisuki is just a stronger way of expressing the same feeling as Suki Da, except that it is usually used when a relationship, romantic or otherwise, is established and strong.

This is a great way to tell someone you have a crush on them when you’re ready to fully express how you feel towards them. It’s casual and won’t cause either of you too much pressure.

Other Ways to Say ‘I love you’ in Japanese

To let someone know how much they mean to you a good phrase to use could be totemo ai shiteru, although usually only used romantically, between lovers this is a beautiful way to express your feelings towards them.

Doki Doki (ドキドキ) – The sound of a beating heart

Doki Doki is used colloquially in internet-based conversations, and it is representative of the sound of a fast-beating heart in Japanese sound symbolism. It can be a great reference to use if you find yourself wishing to express your love of something or someone casually when in a text-based conversation.

This is a good phrase to use if you want to express endearment towards your friends or as a response to a confession of love from someone who you would rather remain friends with. It is polite and lets the person know that you care for them. 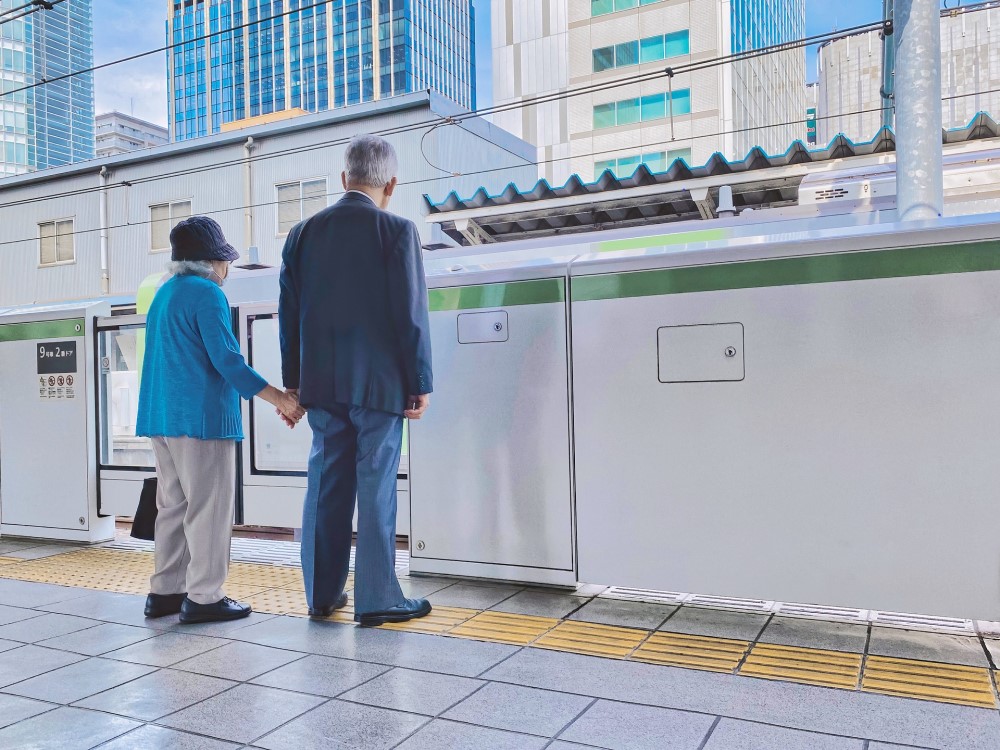 Minna daisuki dayo (みんなだいすきだよ) – ‘I love you all’

Minna daisuki dayo is a wonderful phrase to express your love and appreciation towards a group of people. It can be used as a thank you if you are really close to the people who you are thanking.

Very similar to the phrase above, Anatatachi daisuki dayo is another brilliant phrase to use when expressing love and appreciation towards a group of friends. This phrase is much more casual than the one above so can be used in more colloquial settings.

This phrase could be used to express regrets as well as love. Mada ai shiteru translates to I still love you, and this can be used to let someone know that you still care about them very much.

As the phrase suggests this term is not to be used lightly, this could be said to express serious emotion to someone you are in a relationship with. It means a lot to say this, so use it wisely.

This is a beautiful term of endearment and a great way to express your love for someone you have strong feelings towards. It can also be a great way to tell a family member how much you love them.

This playful phrase is another wonderful way to express your love, it can be a teasing response to ‘I love you’ when talking to a romantic partner. This is a fun phrase that, when used correctly, can be quite comedic.

The Last Word on Saying ‘I love you’ in Japanese

Now you should feel a little more confident when talking about your feelings or expressing love and romantic interests in Japanese. If in doubt, it is always good to keep in mind that you should often use Suki (好き) over Ai (愛) and make sure that you are using phrases in the right settings and contexts.

If you still feel a little nervous about communicating how you feel to another person, demonstrating your feelings through consistent actions and kind favours can also have just as much success without the need for words.

Get in touch with us today for more help on Japanese social customs, careers, and more.