How to Perform a Traditional Japanese Tea Ceremony

History of the Japanese Tea Ceremony

Japanese Tea Ceremonies are known as sadō/chadō. This is a cultural activity involving the serving of Matcha, a powered green tea. The powdered Matcha is whipped together with warm water to create a tea, normally drank in religious rituals throughout this time. Although tea drinking rituals were started in China, it wasn’t until the 9th century that it has been documented in Japan. However, Zen monks were particularly prominent in using green tea to stay awake during their meditation sessions. 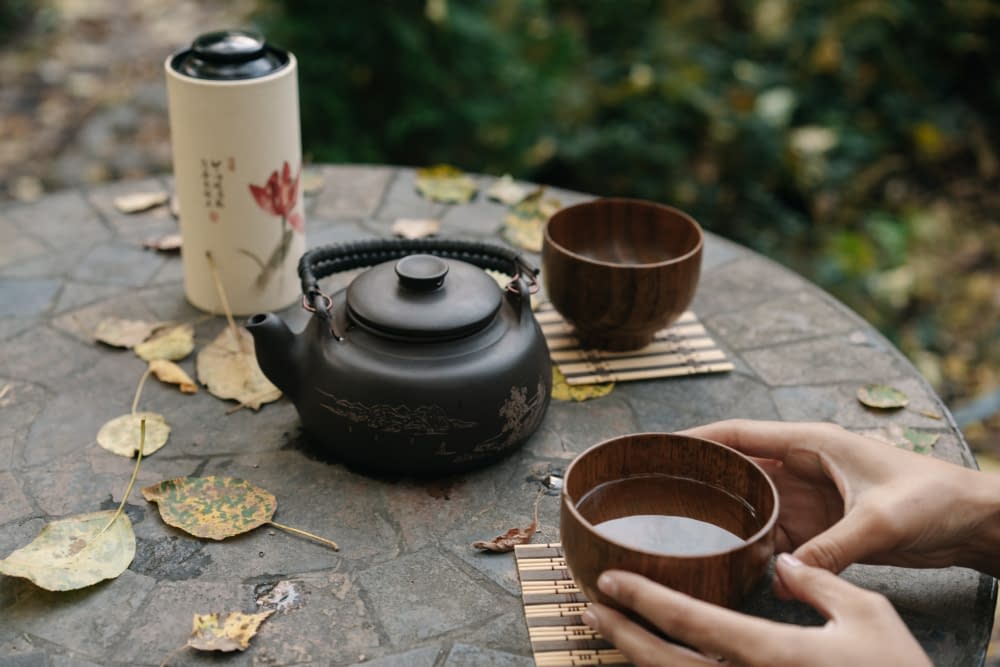 There are two ways you can prepare a Matcha tea for the ceremony, thick and thin. The thick tea, or the koicha tea, is a thicker blend of matcha as more tea leaves are used. It’s roughly around 3 times as much tea used compared to thin tea.

Thin tea also known as usucha, is whipped with a tea whip. Where’s the thicker tea in the ceremonies is kneaded. This is to assure the large quantities of powdered tea are dissolved in the water. 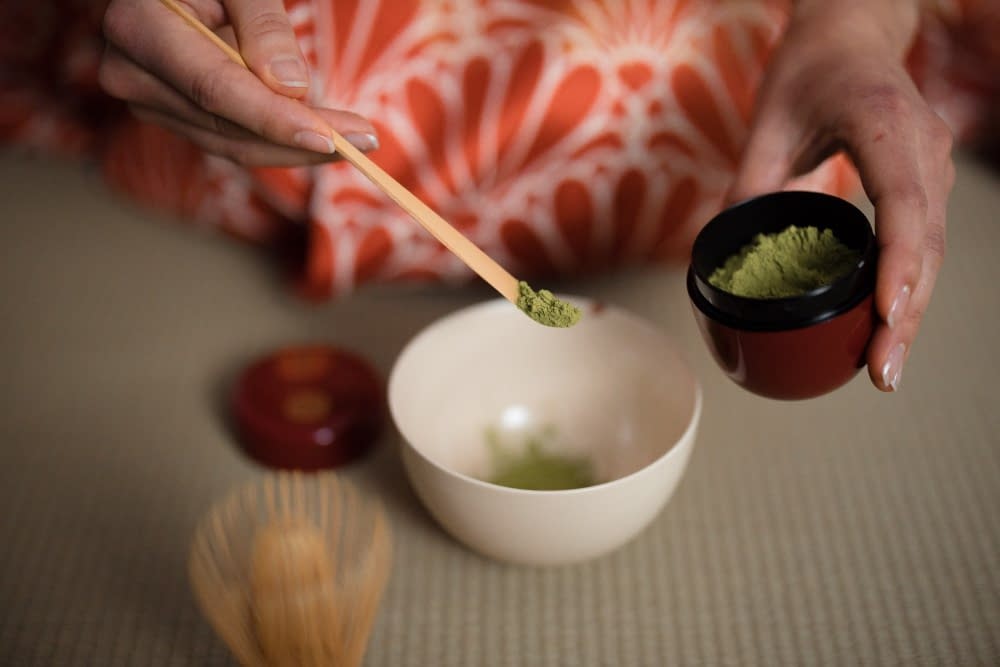 Utensils for a Tea Ceremony

The basic utensils and ingredients needed for a Japanese tea ceremony tend to never vary, different brands or forms of each utensil are available, but the core use should be the same. 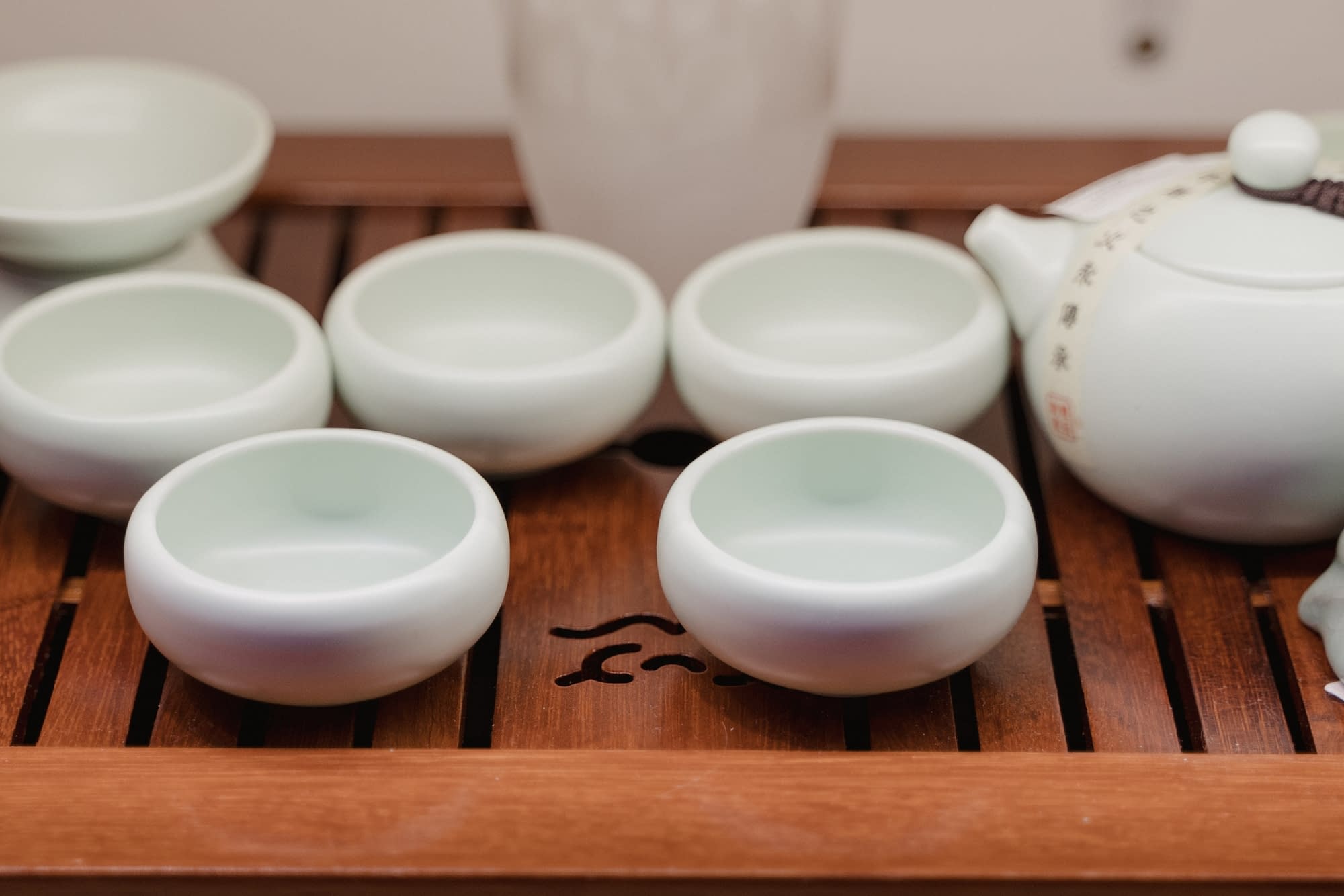 How to Perform A Tea Ceremony

When hosting the ceremony, invitations must be sent out a few weeks in advance. During these coming weeks, the host will then decide on utensils and ceremony decor.

Prepare for the Tea Ceremony

Cleaning and preparing the room for the tea ceremony includes laying out seasonal flowers and the chosen utensils. Guests must also clean their hands before, as a symbol of purification. This cleaning also includes spiritual preparation for the ceremony.

When entering the room for the tea ceremony, guests must fit through a small door. They must also bow when they enter. Bowing when entering represents humility to the host. Once the guests are in the room, they will receive a sweet and then will be placed in order of their tea ceremony experience. Guests with more experience in tea ceremonies will be served first.

This act of cleansing the utensils doesn’t actually clean the tools, as they have been cleaned prior to the tea ceremony. This is a symbolic cleansing of purifying the guests souls.

Purification and cleansing of the tools is where the Fukasa is used. The Fukasa (silk cloth) will wipe down each utensil one by one. The Chasen (whisk) is then purified in the Chawen (tea bowl) with warm water.

The koicha (thick matcha) is always prepared first in the ceremony. Thick Matcha is made with around 3 or four scoops of matcha and very little water. Thick matcha tea is served to the important guests first until the tea is gone.

Usucha (thin matcha) is made with only one teaspoon of matcha to water ratio. Thin Matcha is served similarly to thick matcha, with guests taking it in turns.

Utensils and tools must be cleaned whilst guests are still seated at the ceremony. The Chawen (tea bowl) is cleaned first then passed onto the most principal guest to admire. The tea bowl is then passed around to the other guests to look at.

After the tea ceremony is over, the guests will leave and bow to the host. The day after the ceremony, it’s customary to say thank you to the host.

Japanese Tea ceremonies have been ongoing for centuries, with lots of different customs and rules that should be followed. Tea ceremony etiquette is essential when it comes to attending or hosting them. Some of these traditions have become more flexible over the years, however if you want to follow the more traditional rules you still can.

What to Wear for Tea Ceremonies

Kimonos are traditionally worn by guests attending tea ceremonies, both male and female. This is one of the more flexible rules, as lots of western clothing is now accepted. It’s best to refrain from wearing anything too revealing still, due to having to sit on the floor for a lot period of time. Short skits maybe uncomfortable for sitting down for long periods.

Wearing socks is advised, as you will need to remove footwear when entering the Chashitsu (tearoom).

How to Sit at a Tea Ceremony

Your host will usually guide you through to your seat if you’re attending a tea ceremony. There is a sitting position called seiza which you must sit in during the whole ceremony. This sitting position is crossing your legs and placing your heels underneath your bottom.

The tea bowl used during the ceremony will be presented to the guests in turn, which will then be passed down the guests. When guests receive the tea bowl, the front of the bowl should be facing them. Once the guests have the bowl, it should be held in the right-hand then placed on the left palm. You should always bow and raise the tea bowl to the host once before sipping.

To drink your tea, rotate the bowl clockwise, so the front is now not facing you. Take your first sip and compliment the host on their tea. Clean the lip of the bowl once you have sipped your tea and then turn the front of the bowl back to face the host.

If you’re interested in becoming an ALT with interac to host your own tea ceremonies during your time in Japan, then check out our job descriptions for our ALT roles. If you’re not sure what the application process is, we have a how to apply instructions centre.