How to Pick Sake in Japan

If you’ve never tried sake, then you need to rectify this as soon as possible.

For those who are living in Japan and haven’t yet got round to having a tipple, make sure to read this guide first as buying sake in Japan can be quite daunting.

You may also want to read our relevant blog on Japanese drinking culture too.

With so many types of sake, or grades as they’re often referred to, it can be difficult to know where to start. Buying a bottle of this delicious rice wine from the huge selections available in Japan is no simple task.

That’s why we’ve put together some handy tips in this article to help guide you through this potentially overwhelming experience.

Buying Sake in Japan – The Basics

To better understand sake and how to pick which to drink, we have to start by knowing its proper names.

‘Sake’ in Japanese just means ‘alcohol’, so it’s actually quite misleading that we refer to this one particular drink using this word. However, what we Westerners know as sake, is actually called ‘nihonshu’ or ‘seishu’, meaning ‘Japanese alcoholic drink’ and ‘refined alcohol’, respectively.

Therefore, if it’s actual Japanese sake you want to try, then ‘nionshu’ is what you should be asking for. Understanding this will help you pick a sake to try in a restaurant or liquor store, or if you’re on a night out in Tokyo.

If you’re staring at a wall of sake bottles and are starting to get a bit overwhelmed with the number of options, first try not to panic. Secondly, pay attention to the labels and writing on the bottles – we have a couple of things for you to look out for that will make this process more straightforward.

Choosing a bottle with Japanese calligraphy and/or with a solid colour background on the label is a safe option, and that’s not because it looks pretty. These features show that the sake is from a traditional brewery, which is always a safe bet in terms of their quality. 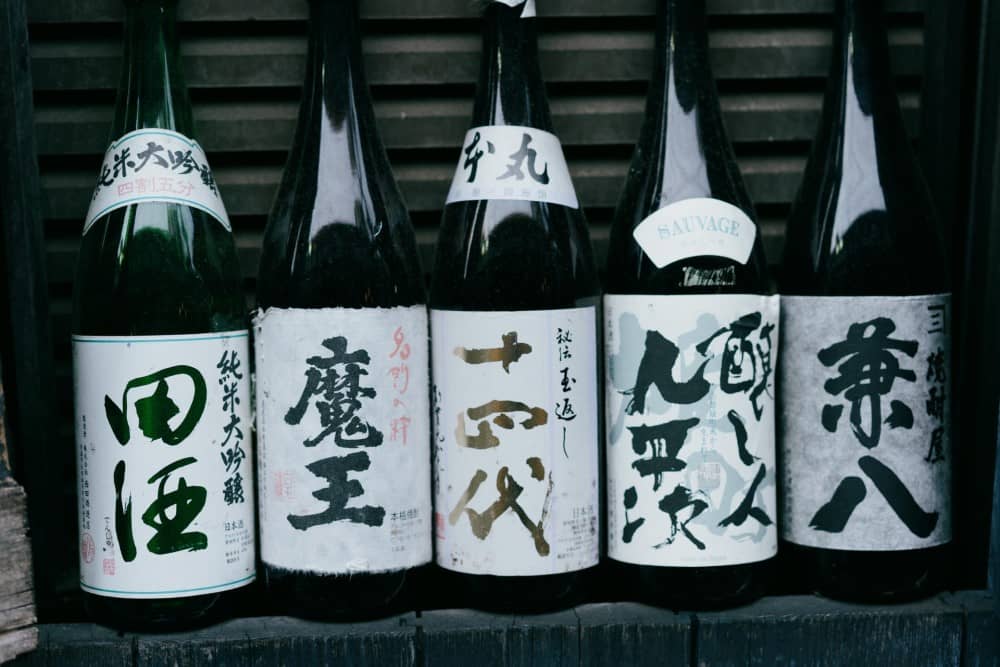 Polishing Rates and Grades of Sake

The polishing rate of the rice is given as a percentage that should be clearly labelled on the bottle, which is usually between 40%-70%. This percentage is designed to show the amount of polished rice that remains after the husk was removed during the milling process.

For example, a 70% sake means 30% of the grain was ground away when the rice was milled.

The lower the percentage shown on the bottle, the lighter and more refined the sake – this also means a higher price tag. On the other hand, the higher the percentage, the heavier and thicker the end product is. However, it’s more affordable if the rice-polishing percentage is higher.

The Different Types of Sake

Because of the different polishing rates and grades of sake, there are a few distinct varieties that you’ll commonly find. There are three main variations that you’ll see when you’re in Japan:

By brewing sake in slightly different ways, you’ll produce something with its own distinct qualities – this is what characterises these different types of sake.

This variety of sake is made from white rice and it has a polishing rate that is 60% or below. Because of its rice polishing ration, this type of sake has a recognisable smooth taste and pleasant fruity aromas.

Ginjo-shu, as it’s also known, is designed to be drunk chilled and at generally lower temperatures, making it a very popular option in summer.

Junmai-shu is another variety that’s made from rice milled to 70%. This polishing rate results in a full-bodied sake with a robust flavour that has a great amount of depth to it.

Because of its richness and high levels of acidity, it’s often chosen as a drinks pairing with grilled and/or smokey flavours.

For example, some Japanese restaurants would pair junmai sake with yakitori or grilled fish as its high acidity will complement these types of dishes very nicely.

Honjozo-shu is very similar to junmai sake and both are considered premium varieties. However, the main difference between them is that brewers alcohol is added to honjozo-shu during the initial fermenting mash.

This doesn’t make honjozo sake stronger than other varieties in the way you might think – it just produces a different taste. In fact, honjozo-shu varieties have a very similar alcohol content to junmai sakes as they’re both diluted with water at some point in the brewing process.

Although these two types of premium sake are quite similar in taste, honjozo is normally lighter on the palate, meaning it’s slightly easier to drink than a junmai sake. 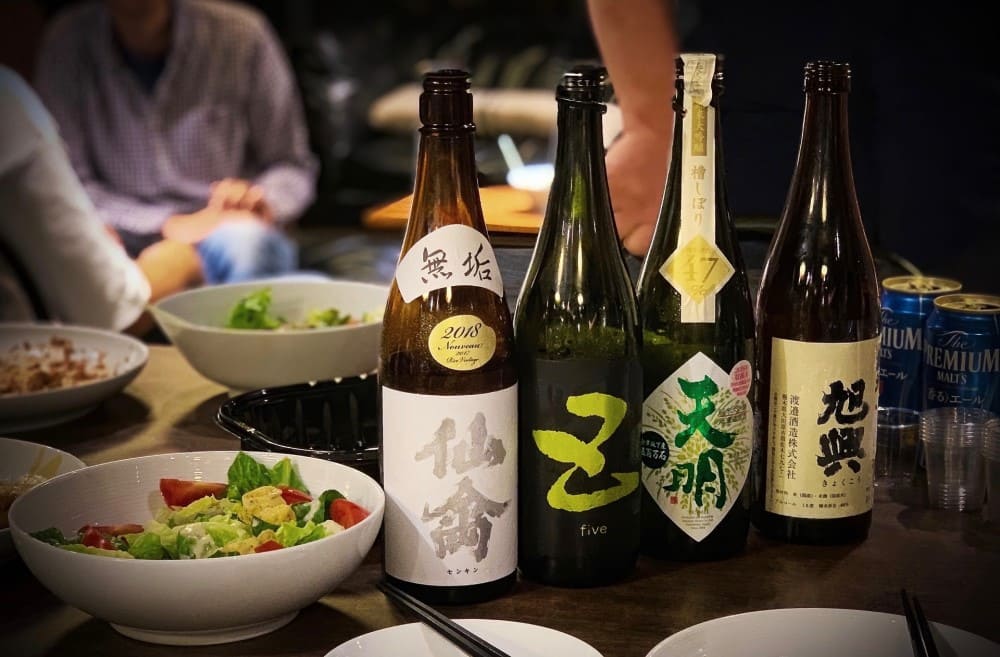 How to Drink Sake

Sake is a ceremonial drink in Japan and should be treated as such. Drinking sake is considered a pastime in Japanese culture and has its very own set of rules.

Understanding how to drink sake is just as important as finding a sake that suits your taste. There are a few key things to remember when drinking sake in Japan.

The first and most important thing to remember is that sake shouldn’t be treated as a shot.

This might seem obvious to some but, because sake is typically served in short glasses, some assume it’s supposed to be drank in one gulp. This is not the case at all. Sipping your sake will allow you to experience the full flavours of your chosen sake.

Why is sake sometimes served warm?

Don’t be alarmed if you’re served sake warm – it can be enjoyed at any temperature depending on your preference. It’s not uncommon for low quality sake to be served at higher temperatures as this makes it taste better. It’s best to experiment with that as everyone’s preference is different when it comes to how to drink sake.

When should sake be drunk in a meal?

A key part of understanding how to drink sake, is knowing when to drink sake. Sake is most traditionally served with a first course. This is because it complements ‘lighter’ food, or just smaller portions, which is why it’s often served alongside an appetizer or starter dish.

You might also want to check out our blog on Japanese dining etiquette.

How is sake served between a group?

Sake has a certain etiquette when it comes to serving it. These rules apply to how sake should be served when you’re in a group.

The main thing to remember is that you should never serve yourself. In Japan, it’s polite to serve others and for them to fill your cup to return the favour. It’s also courteous to lift your cup towards the person holding the bottle when you’re being served, just to help them out a bit.

Once everyone has a full cup of sake, it’s now time to drink. Saying ‘cheers’ before your first sip is also deemed polite. So, whether it’s ‘cheers!’ in English, or ‘kanpai!’ in Japanese, doing this before you drink is a great way to share a lovely moment with your group.

Work in Japan and Try the Finest Sake Available! 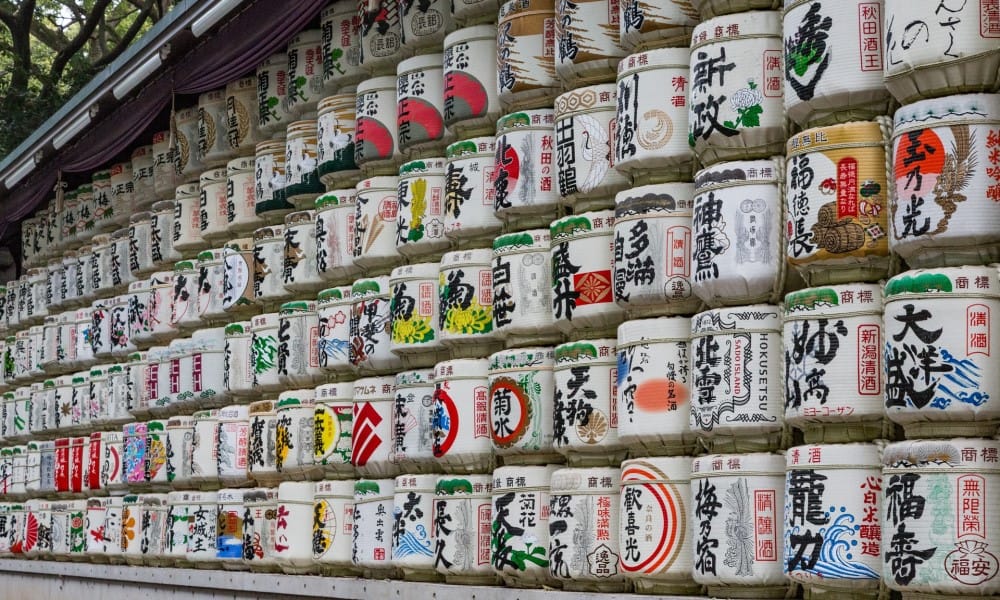