Japanese is a beautiful language, full of unique words to describe phenomena, feelings, and abstract ideas that cannot be neatly into a single English word. It’s one of the reasons why foreigners love to learn Japanese, as, when you experience the world through the language of another, you view life differently from how you would in your mother tongue.

Japan’s native language is full of interesting features, with complex sounds that make the language aesthetical. In this article, we provide the Japanese word first, the pronunciation second, and a contextual explanation of its meaning.

So, whether you’re learning to speak fluent Japanese, or you’re curious as to what deeper meaning you can find in life through the language, here are 21 unique Japanese words with deeper meanings and their translations.

This beautiful Japanese word is used in the context of a deep emotional response to a piece of art, like a Jackson Pollock painting, or nature.

Similar to the English ‘sublime’, yūgen deals with the depth of meaning we find in the world through our imaginative perception of the universe and its wonders. Our perception triggers an emotional response that cannot be explained, for it is much bigger than us alone, and yet we are part of it.

“Bringing forth happy, poignant memories of the past.”

Natsukashii is used in the context of an object, sense, or scene bringing back sentimental memories of the past that illicit a warm, poignant feeling within.

Not to be confused with the English word ‘nostalgia’, natsukashii is not related to a feeling tinged with sadness and longing. Natsukashii makes one feel grateful to have lived the memory, and move forward in life, without the desire to go back to it as it is something that cannot exist again.

“The art of broken things.”

Kintsugi is used in the context of a broken object, like pottery, repaired with (traditionally) gold lacquer.

It’s a practice that was developed 15th century Japan that sought to create beauty out of what would have been considered worthless.

In terms of Japanese aesthetics, wabi-sabi is a central concept to both the language and traditional philosophy.

It comes from the teachings of Buddhism, Japan’s most popular religion alongside Shinto, about the transient, imperfect nature of life itself. Wabi-sabi serves to remind us that all things are impermanent, incomplete, and imperfect, which means that perfection is ultimately impossible. Therefore, we should always try to see the beauty in everything.

Japanese craftsmen often create or leave imperfections in their work, making their craft a physical symbol of this philosophy.

Have you ever walked through a wooded area, or Japanese garden, on a sunny summer’s day, and seen beams of light shining through the canopy? Or the dappled effect of those beams on the forest floor? That is komorebi.

This wonderful word is also used to describe the feeling of longing to be near someone who is too far away for you to visit, and missing their presence and all that it brings.

“A reason for being.”

Ikigai describes your reason for being, the reason you get up in the morning. Be it a family member, hobby, pet, or profession, Ikigai is how you would describe the thing that keeps you going through your ups and downs, and motivates you to move forward in life.

The Japanese believe that everyone has an Ikigai, it’s just a matter of finding it. 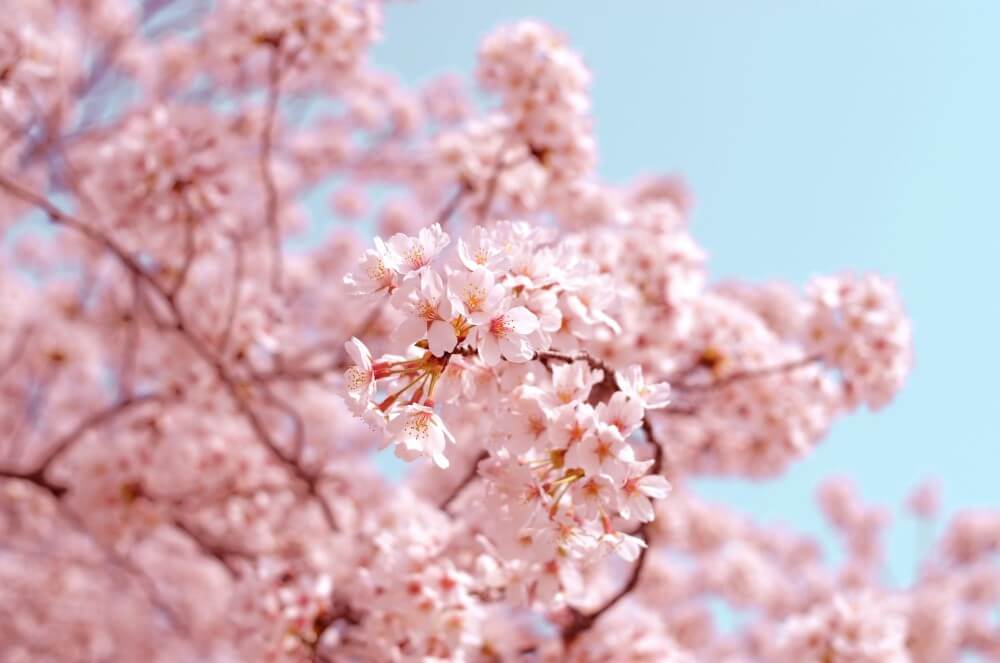 “The poignant sadness of impermanent things.”

Zen Buddhism teaches that all things are both imperfect and impermanent. Mono-no-aware is the poignant sadness of this awareness, which is beautiful in itself.

For example; the beauty of spring. After a long and bleak winter, we observe the beauty of fresh leaves on the trees, and pink cherry blossoms blooming as spring rolls in. But, the seasons are transient, and, if you feel a notable sadness that this state of natural beauty is only a moment in time that cannot last forever, that is Mono-no-aware.

In Japanese culture, mono-no-aware means you must take time to be present, and appreciate the impermanence of such natural beauty.

“I will always protect you.”

This heartfelt sentiment is typically reserved for when you’re expressing your feelings to a loved one, be it a family member, close friend, or romantic partner.

In Japanese culture, Itadakimasu is often said before every meal. It is said to show appreciation for the work that went into the meal, at every stage; for the time and patience it took to grow the organic produce, the life of the animal or fish that now provides reviving protein and nutrients, and the love and care that went into preparing the finished meal.

It’s very utterance provides the diner a moment to be mindful and appreciative of the act of dining as a process of many, instead of one. 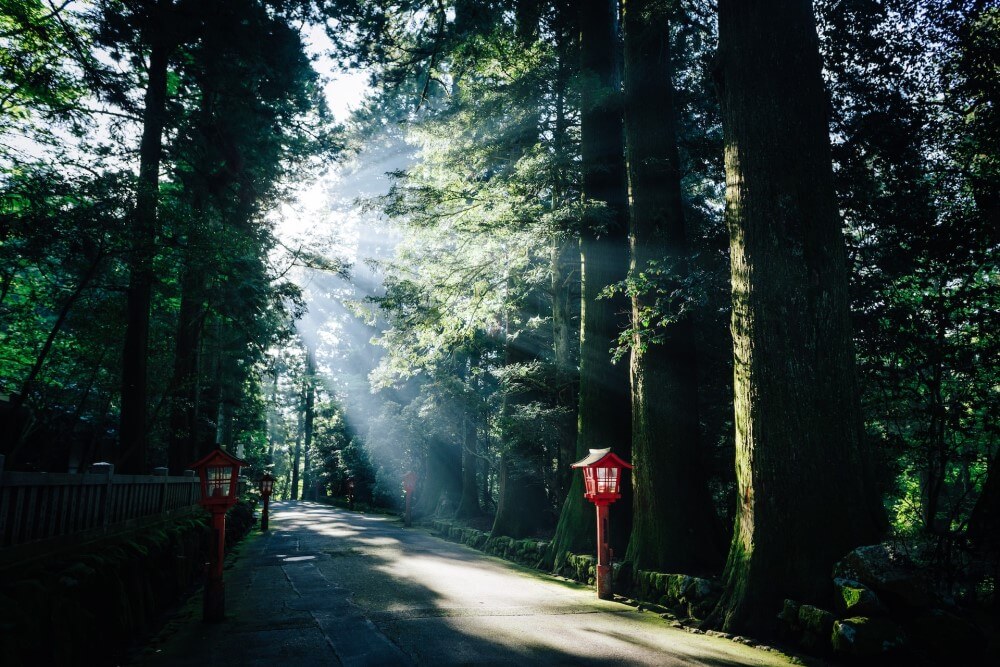 It’s scientifically recognised that walking among trees and nature can induce an inner sense of balance, lowering your blood pressure and cortisol levels. Shinrin-yoku is a word that describes that experience, but in more spiritual terms, referring to the calm that washes over us when immersed in a forest as a return to our natural essence.

This word is typically used to describe the first gusts of cold wind that signals the arrival of winter. The kind of wind that seems to penetrate beneath the skin, raising goosebumps, and sending a shiver through your body.

Although furusato describes your hometown, at its core, the word refers to the place you feel your heart belongs. This place may not be where you were born or where you find yourself in the present, but it’s where you feel most at home and hold in your heart.

This short Japanese word holds a layering of surprisingly deep and complex meanings. It’s a homophonous word that’s relatively uncommon, but interesting nonetheless – we had to include it!

In its origins, the term ‘ukiyo’ was associated with Buddhism and meant “transient, unreliable world”. Literally, ukiyo translates as “浮” floating, “世” world/society.

The word gained popularity in Edo-period Japan, specifically Yoshiwara, to describe the urban lifestyle and culture that existed at the time. Yoshiwara was home to (and infamous for) the licensed red-light district (now Tokyo), and a variety of late-night entertainment establishments, frequented by the Japanese middle class thrill-seekers of the time. It implies a dreamlike quality to the district, where nothing is as it seems.

Today, ukiyo is used to refer to a state of mind, emphasising being present in the moment and detaching one’s self from the stress and difficulties of life in order to truly live. 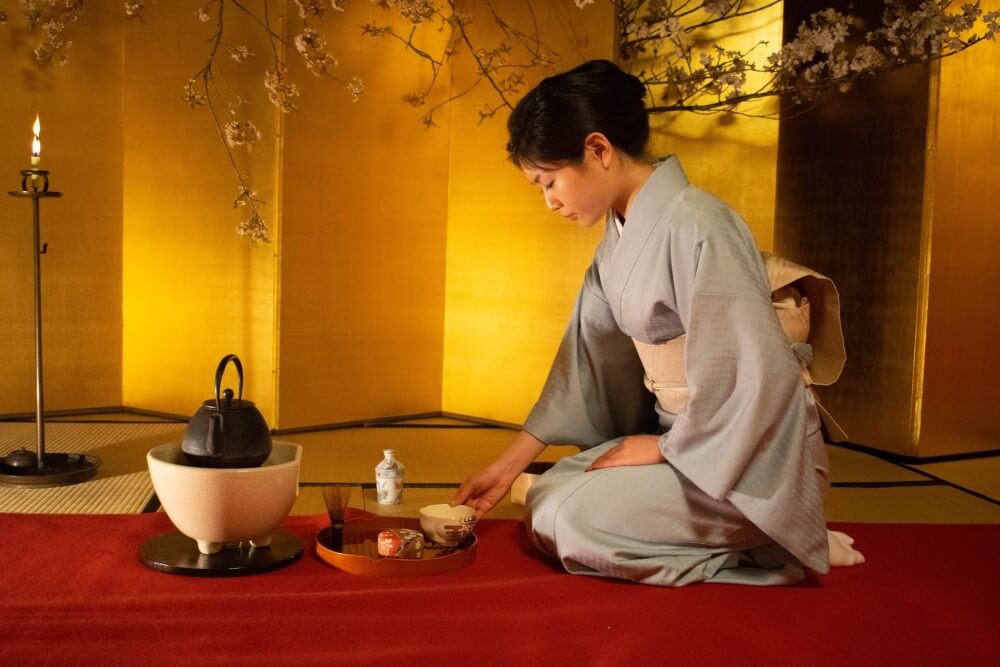 Ichi-go ichi-e literally translates to “one time, one meeting”, but is used to describe the Japanese cultural concept of treasuring an unrepeatable moment.

The term stands to remind people that no moment in life can be repeated, our lives are made up of a series of unique moments and events that will never happen again.

Fittingly, the concept is most commonly used in relation to Japanese tea ceremonies.

“Things which remind of a season.”

For example, the smell of cherry blossoms might remind you of spring, whereas the smell of a log burner may signal that winter is approaching. Those smells are fuubutsushi.

“A premonition of love.”

In the Western world, many will have heard of, or even experienced, “love at first sight”, but koi no yokan is different.

Koi no yokan occurs when you first meet someone and know that, although you may not be in love with them at first sight, you will be in the near future.

“Acquiring books, but letting them pile up without reading them.”

With so much going on in our perpetually busy lives these days, sometimes it’s hard to find the time to read as much as we’d like. You buy one or two books to tick off your reading list, and make a start on the first. But, then, you hear about another book that’s meant to be amazing, so you go to the bookshop, and walk out with four.

Before you know it, you practically have a library in your home, the majority of which haven’t been read. That is tsundoku (“積む” tsumu, ‘to pile up’, and “読” doku, ‘reading’) – don’t worry, it’s common! 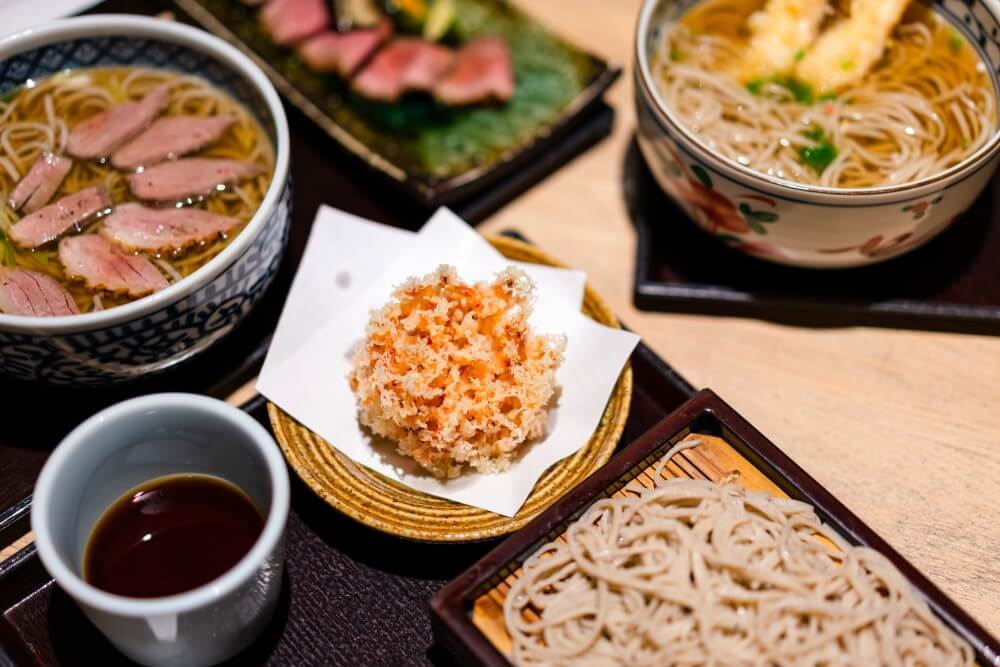 “To eat until you’re bankrupt.”

Kuidaore is a fun, cool Japanese word with a deep meaning that had to make our top 21 list. It’s used by foodies who love to go out to eat, be it at restaurants or street food markets.

It’s a word commonly found in Dōtonbori, one of the most popular tourist destinations in Osaka, Japan, and one of our top 20 places to visit in Japan. Dōtonbori is home to a dazzling array of nighttime entertainment and, thanks to its wide variety of mouthwatering restaurants, is considered the best place in Osaka for food and drink, too. You’ll find the phrase kuidaore in Dōtonbori’s tourist guides and advertisements, encouraging visitors to indulge in the many cuisines until you simply can’t eat any more (or, afford to!).

“A word that sounds sweet and pleasant to the ear.”

A fitting addition to our list, kanbina is an expression used when a word a beautiful to hear – and the Japanese language is full of such words. It might be the way the word rolls off the tongue, the shape of the sounds, or the meaning behind it that makes it sweet and pleasant to the ear. It can also be used to compliment someone, or flirt with them, when they first tell you their name. 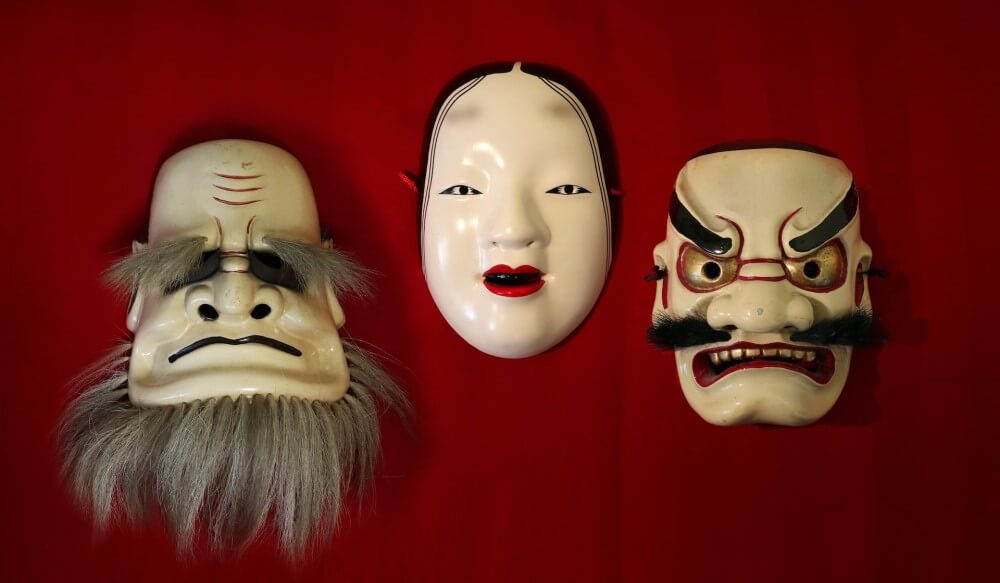 Kimyou can be used to describe situations, objects, or locations that strike you as mysterious, or strange. For example, a misty cemetery, an optical illusion, or an anonymous letter.

“A mist of flowers.”

An image common in springtime across Japan is a flurry of cherry blossom petals on the wind, so many that it appears like a haze of white and pink. Hanagasumi is the word the Japanese use to describe the sight, and, hopefully, you’ll have the opportunity to experience it first-hand.

We hope you enjoyed our list of Japanese words with deep meanings, perhaps one or two have been powerful enough to add a layer of meaning to your life. If you’re looking to further your knowledge of the Japanese language, the best way to learn is to immerse yourself in the culture. Get in touch today to find out how you can make you can explore Japan whilst earning a living.